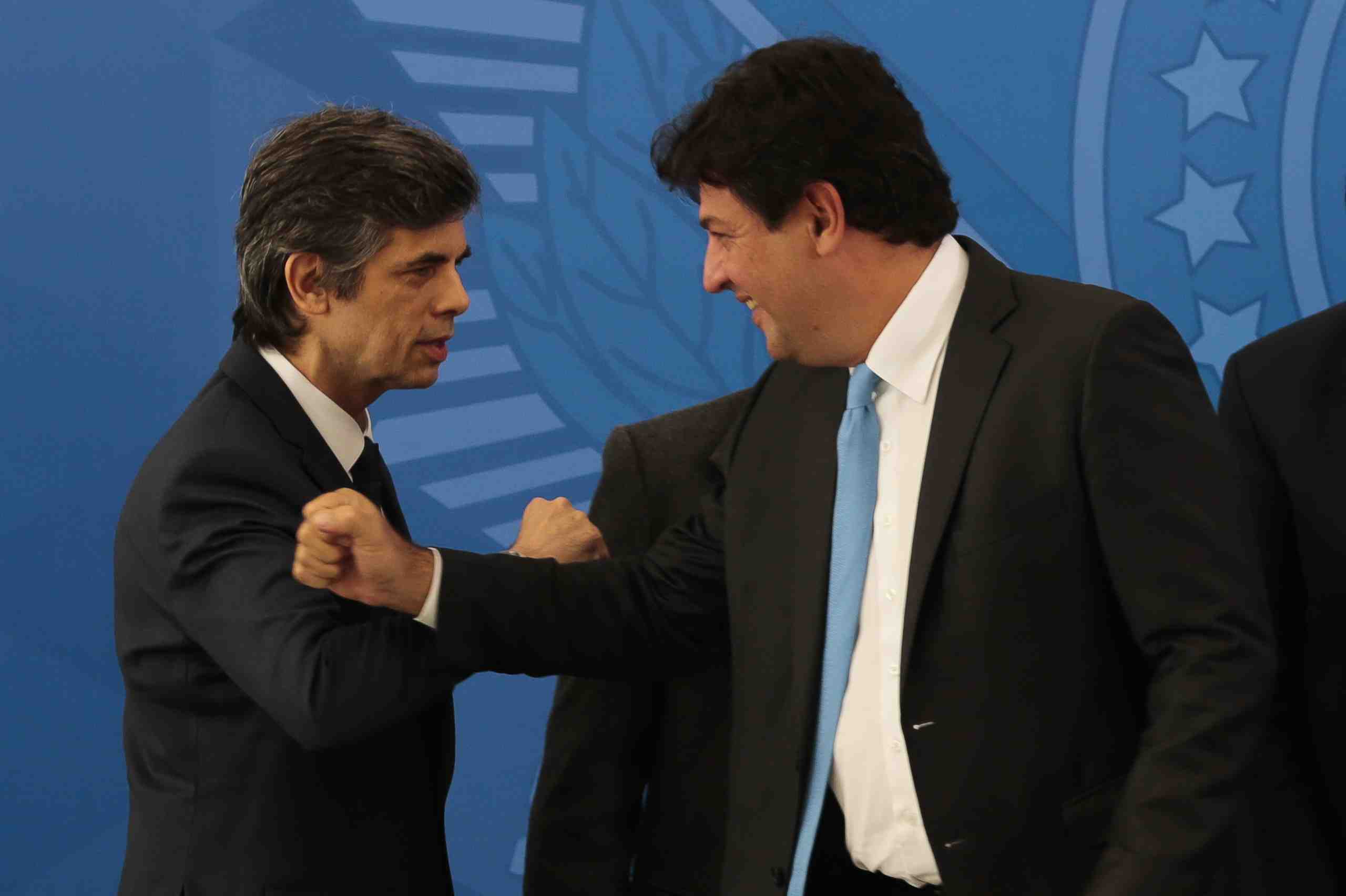 President Jair Bolsonaro today (Apr. 17) has sworn in his new Health Minister Nelson Teich, and urged him to seek an alternative to spare lives and prevent the increase in unemployment amid the measures restricting business across the country due to the pandemic of the new coronavirus. The ceremony at the Planalto presidential palace was attended by former Minister Luiz Henrique Mandetta, fired Thursday (16).

“We don’t want to beat the pandemic and have [Economy Minister] Dr. Paulo Guedes deal with the consequences of a population with no salary, no money, and nearly out of perspective as a result of an economy in distress,” he said.

In his address, the president noted that he and Mandetta had been in disagreement on the ways to combat the COVID-19 pandemic. The minister backed the advice from the World Health Organization (WHO) on the adoption of strong social isolation, whereas the president argued for reopening businesses to mitigate the impact on the economy and prevent unemployment.

“I’m sure Mandetta gave it his best. There are no winners or losers. History will judge us in the future. This fight on opening businesses is a risk I am running—if things get worse, it falls onto my lap,” Bolsonaro said, adding that “my vision is a little different from that of the minister, who is focusing on his ministry. Mine must be wider. […] I have to seek that which must be done, according to the people who believed in me.”

Former Minister Mandetta listed the measures implemented by the ministry during his 16-month administration, like the program Médicos pelo Brasil (“Doctors Across Brazil”) and the strengthening of primary care. He mentioned partnerships to combat the novel coronavirus by scaling up the production of ventilators and diagnosis tests.

“Fiocruz [Oswaldo Cruz Foundation] has never proved so crucial in the sovereignty of the country itseld,” Mandetta said, referring to the production of testing kits and the need for the creation of an industrial complex to produce vaccines.

The new health minister, Nelson Teich, noted that data are still lacking on COVID-19, its evolution, and treatments. “This leads to really high anxiety levels, so we’re experiencing not just a clinical problem—healing the disease—but also the issue of managing the behavior of a society that’s scared,” he said, pledging to work through information and knowledge to build a solution.

The search for a drug with which to treat COVID-19 is also on the radar. “We’ll conduct an early assessment of studies in order to anticipate possible data, so that, in the privileged position of a ministry, we can gain access to medicines that are helpful in this,” he said.